In the Chacahua National Park, several communities that live on the banks of local rivers do not have a public solid waste collection service, and taking them to authorized garbage dumps implies very high costs that they cannot absorb. Consequently, they tend to throw their garbage into the river or burn it next to their homes.

Both practices, at home and in business, are highly polluting and harmful to your health, accelerating the degradation of ecosystems, putting biodiversity and the existence of wetlands at risk. It also pollutes the sea with numerous plastics, which directly kill marine animals that consume them or become entangled in them, and indirectly other species such as birds.

The objective of the challenge consists of the development and implementation of:

You can find more information about the challenge here.

The communities that comprise the Lagunas de Chacahua National Park in Mexico are Chacahua, Zapotalito, El Azufre, El Corral, Cerro Hermoso, Barra Quebrada and El Médano. The total population is 2,633 inhabitants of which 1,320 men and 1,313 women.

The rest of the generated fuel will be resold in the market at a price lower than that of usual fuels, contributing to the economic sustainability of the project. Thermal cracking of plastic waste is based on a circular economy, sustainable and with benefits for all parties.

A demand for waste plastic is generated, which encourages its collection and stops spread out in the natural environment. Fuel can be used directly for heating purposes (industrial drying), to power motors simple, for electricity generators and even for cars or tractors (with verification).

Polyolefins are the most popular plastics and those appropriate for their transformation through this technology. They are used to make plastic bags, agricultural films (greenhouses), plastic containers of various sizes, etc. Polyolefins constitute approximately 60% of the plastic mass of the waste.

This type of plastic is what floats in mangroves, rivers and reaches the ocean. The project will build a small prototype for process testing and fuel properties achieved, with the collaboration of an engineer with his own patents and experience in the sector.

Once the prototype has been validated, the project will build a larger facility, in a 20- to 40-foot metal container. for easy transportation. This facility will transform x tons of plastic into x tons of fuel per day.

Thermal cracking turns plastic into vapor, which after condensing forms:

The process only requires thermal energy and electricity to drive some motors and pumps. 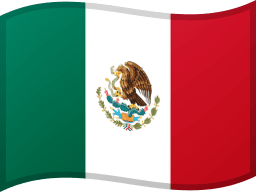