AeA https://ayudaenaccion.org has been working since 1981 to improve the quality of life of the most vulnerable communities. Among its main lines of cooperation are the strengthening and modernization of the productive and industrial capacity of these communities.

Currently, AeA is developing a project in the native community of MAMUGAH territory, made up of 7 municipalities around the bay, located in the northeast corridor of Honduras.

AeA works with public institutions, fishing companies and fishermen’s associations in the governance of the fishing chain. Recently, they have reached an investment agreement by a private company at the seafood processing plant in the Municipality of Santa Fe (15°53’55.1”N 86°02’44.9”W - Google Maps) . With this agreement, it is expected to export the fish to the international market and in addition, it has been possible to affiliate all the fishermen of the corridor to the local processing plant.

The initial economic situation is precarious, with a poverty rate of over 60 per cent. Families are unable to meet their basic needs and are exposed to multiple climatic threats.

Artisanal fishing contributes to household food security and is the largest source of income. In particular, it represents the livelihood of more than 5,000 families, mostly belonging to the Garifuna and Miskito ethnic groups, of which about 1,600 are fishermen.

In order to preserve the populations of the various species in the bay, Fishing Recovery Zones have been defined through buoys as ZRP demarcation and the definition of 12 nautical miles for the protection of fishermen.

Fish Conservation. Solutions for Gender Conservation in Artisanal Fishing, ensuring either the Cold Chain or other methods.

Given the high temperatures in the area, the time of fishing and transport and the low capacity of cold storage in the boats, the fish catches do not reach the processing plant in Santa Fe in the best conditions.

The fishing is done in an artisanal way, using small boats, some with small motors and others with oar within 3 nautical miles of the coast.

There are 23 fishermen’s associations scattered throughout the bay. These partnerships together have a total of 242 boats for the 1,600 fishermen. The association furthest from the processing plant is 150 km away and a distance of 4 hours in summer season and up to 6 hours in winter.

In addition, some boats (20%) have conventional 100 Ah batteries for the lights used for night fishing, thus increasing productivity.

The processing plant has the following characteristics (see annex):

The easiest way to keep fish fresh is to keep it alive. This practice has been practiced in China for more than three thousand years.

The system shall consist of a container filled with seawater. The water inside the container shall also be continuously circulated and transfused with fresh seawater to ensure that the fish remain in clean, aerated water. Today’s boats are equipped with portable refrigerators that can carry 300 pounds of fish. The new system should be able to transport the same amount of fish.

Figure 1: Design of the concept

The following CAD representation shows the design of the concept using a 160 and a band water pump.

Below an example of a hand pump [5] that can be used to circulate fresh seawater in the container. In a retail store in South Africa costs R700 (70 euros)

Figure 4: Example of a manual pump

The first thing done was to present the proposal to the local fishermen. Local fishermen have assessed the feasibility of the concept.

The implementation of the recirculating water tank concept begins with the construction of a single prototype and placing it on a fishing boat. This prototype ship has run for a few weeks to test the idea. As the idea is feasible, local suppliers and assembler should be the source to equip the rest of the boats.

Prototype of the recirculation water tank

Fishing boat with the prototype installed 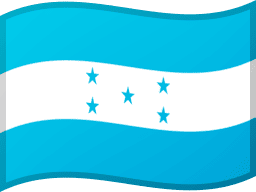