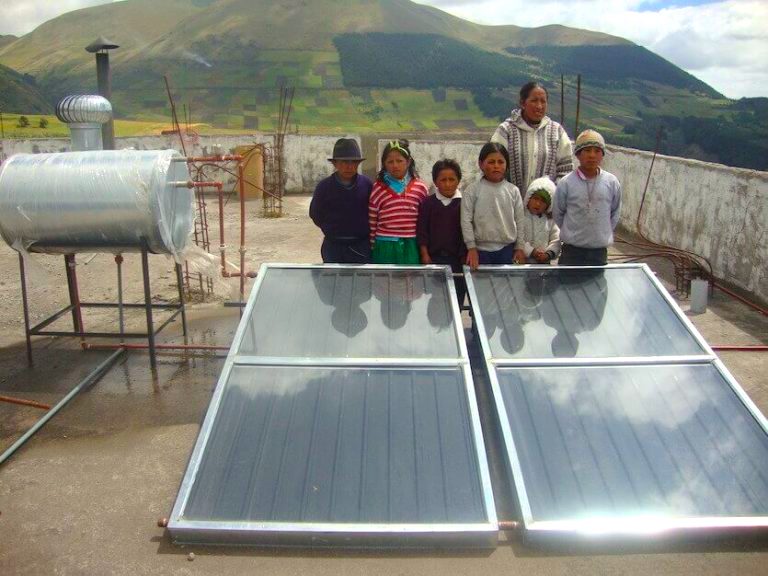 Three years ago, back when I used to live in Santiago de Chile, there was a power cut that lasted for longer than expected. The previous night, it had snowed heavily, which impacted the area where my apartment was located in this amazing city. It was then when I realized how valuable having electricity at home is. Without power, no one can watch TV, shave, cook, read, or even shower or do laundry. Everyday life would be impossible without the use of energy, and here lies the importance of renewable energy projects.

Energy is a fundamental right, as it is established in the United Nations’ SDG 7. According to the UN, 13% of the global population, over 800 million people, live with no power and, for many more, the access to electricity is very limited or untrustworthy.

It is also important to consider that thousands of people still depend on wood, coal, or waste to cook, which causes a strong negative environmental impact. These polluting energies are responsible for 60% of the greenhouse effect gases. Furthermore, over 4 million early deaths are caused every year by air pollution indoors.

For these reasons, it is vital to facilitate safe access to energy that does not harm future generations. Renewable energy projects in international cooperation to make electricity available everywhere are an excellent way to do so, and this is why NGOs like Ayuda en Acción devote time and effort to this cause.

The following is a summary of some of the best renewable energy projects in international cooperation.

Honduras is the country in Latin America with the least electric energy coverage, especially the rural areas. Innovation in renewable energy has allowed 980 indigenous rural families from the town of Yoro to end their energy poverty. With the support of the Spanish Agency for International Development Cooperation (AECID), Ayuda en Acción works to bring power to their homes with the installation of solar panels.

Because of this project, the following is now possible:

The access to clean energy may even rebuild the peace of a region. This is the case of El Salado, the backdrop of one of the worst massacres of the Colombian military conflict. We have started a project in the region to help families come back home. Jointly with Ferrovial and the Fundación Semana, Ayuda en Acción has worked to facilitate the access and availability of drinking water in the area. Through the improvement of an aqueduct and the installation of a solar photovoltaic pumping system, over 1,200 people have safe access to water today. Besides, this initiative was recently awarded at the III Iberdrola Awards for International Cooperation in Energy.

This project of the foundation Acciona Microenergia is taking a basic but high-quality electric service to low-income homes in rural isolated areas.

The program has implemented an innovative electric service model in rural communities around the city of Cajamarca, in Peru. The model is based on the provision of electricity with photovoltaic systems in houses for an affordable monthly cost.

Luz en Casa (Light at Home) met the goal of having over 3.000 operative installations. Moreover, the model was improved with the creation of micro franchises, Centro Luz en Casa, managed by users specifically trained to handle the installation and repairing of the systems, the trade, and repairing of compatible electric devices. This program has had a significant and very positive impact on the quality of life of the users.

Within the framework of this project, ennomotive launched a challenge to extend the useful life of batteries in photovoltaic systems. Over the course of the challenge, two solutions were found that actually solved the problem.

The first one was designed by Andrés Lopez-Aranguren, a Spanish engineer that had worked on a similar cooperation project in Nicaragua. He had designed a low-cost solution that compiled the data of domestic photovoltaic systems that could also be applied in this case.

The second solution was the winner of the challenge, and the developer was Michael Kuenemann, a French electronics engineer that had created an electronic board to monitor the charging status of aeromodelling plane batteries.

His proposal adapted this solution to monitor the charging status of the photovoltaic system by automatically disconnecting the battery when the load threshold was reached. This solution also had a cost of under 20 USD. 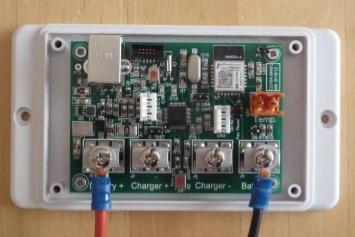 Pictures of the first prototypes, by Michael Kuenneman 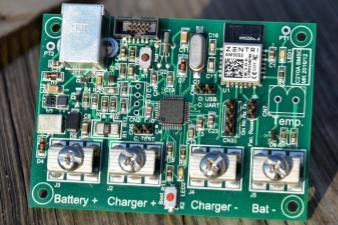 These are only some projects that use renewable energy to achieve a fairer, more equal, and sustainable world.

Do you want to participate in these projects and help us innovate by achieving better results?